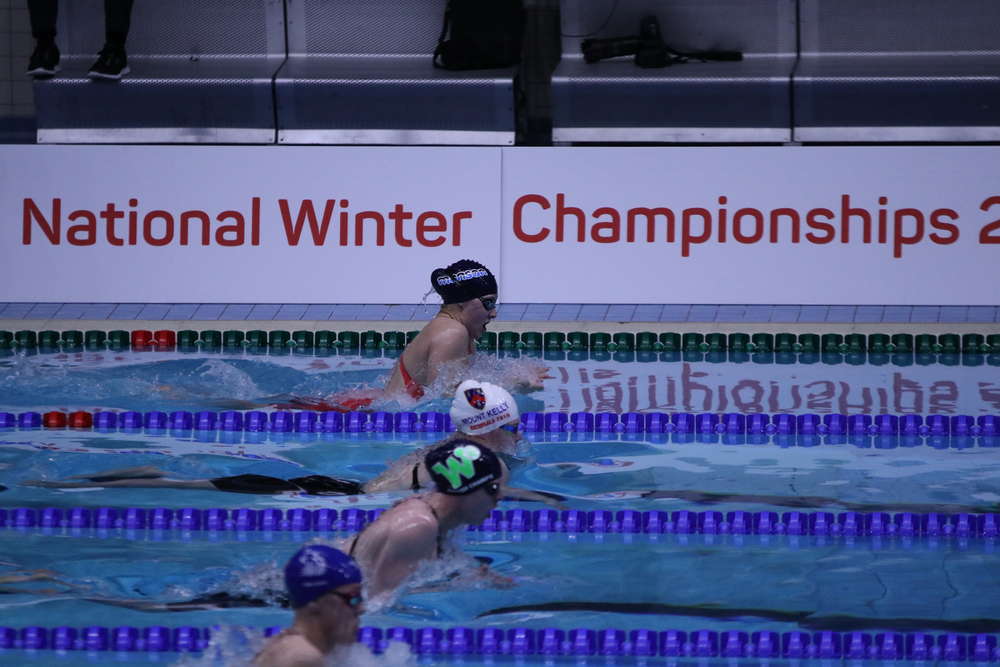 RTW Monson took a squad of ten swimmers to compete at the South East Winter Regionals which was held at the Mountbatten Leisure Centre, Portsmouth.

Head Coach Graham Bassi stated "This event involved qualification for our National Winter Championships and an opportunity to compete at a very high level during heavy training. I was encouraged to see further progress, but it was clear that we still have many areas to work on."

Frankie Whiting had a busy schedule, but recent hard work paid off with two Senior National qualifying times, two Senior medals and a Gold in the 100 Backstroke Junior category. With the recent departure of Annabel Guye-Johnson joining a senior program in Edinburgh the pathway was open for Monson's Junior Breaststrokers to step up. Anna Leman and Jemimah Berkeley achieved this with the pair obtaining nine medals between them with a tie in the Junior Breaststroke both winning Gold in a time of 1.10.31.

Rose Compton achieved her National time with a Silver in the 400IM. Her time of 4.57 was a personal best of over eight seconds. Kody Bradbury also achieved his National time in the 200 Fly

The group now start preparation for the Winter Nationals held in Sheffield from the 15thDecember and seven swimmers have already qualified for this prodigious event.

This coming weekend sees the club competing at Maidenhead in Round two of the National Arena League. After a surprise third place in Round one Monson hope to cement their position in the league with another high finish.